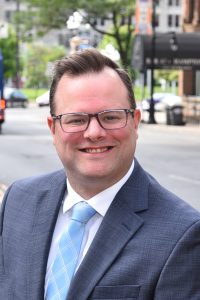 Ryan Manley’s practice focuses on defending the rights of the accused and those suffering from physical or business related injuries. Ryan has tried and argued cases in New York State Trial and Appellate Courts, as well as New York Federal Courts including the Second Circuit Court of Appeals.

As a former Assistant District Attorney and State Assistant Attorney General, Ryan utilizes his prior experience and success litigating on behalf of the government to zealously advocate for his clients in civil and criminal matters throughout the State of New York.

As a felony prosecutor, he tried numerous cases to verdict while assigned to the Special Victims Unit. Ryan has also conducted hearings and trials in local courts throughout the region.

As an Assistant Attorney General, Ryan was assigned to the Litigation Bureau where he represented a state agency and its employees in all stages of civil litigation including investigations, motion practice, witness preparation, depositions and trials.

Ryan’s experience in both the private and public sectors allows him to evaluate your case from multiple angles so that he can assist you in crafting creative solutions for your complex legal challenges.