Lauren Mordacq focuses her practice on commercial disputes and appeals.  Prior to joining the firm, Ms. Mordacq served as an Appellate Court Attorney for the New York State Supreme Court, Appellate Division, Third Judicial Department, where she worked on a variety of civil, criminal and family law appeals. 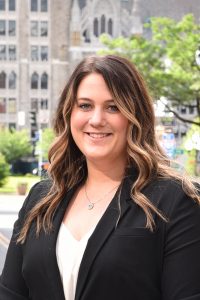 While in law school, Ms. Mordacq served as Executive Editor for Symposium for the Albany Law Review, a constitutional law teaching assistant, and had the privilege of serving as a judicial intern to both the Honorable Christian F. Hummel and Honorable Daniel J. Stewart at the United States District Court, Northern District of New York.