Mr. Tietjen focuses his practice on complex commercial litigation.  He has represented corporate and commercial clients in a wide range of contexts, 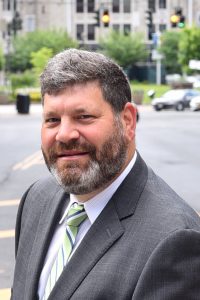 including in government civil and criminal investigations and antitrust matters, and has both prosecuted and defended complex civil actions in federal and state courts across the country.  Mr. Tietjen has vast experience in all aspects of civil litigation and appellate work.  Mr. Tietjen also has experience in surrogate’s court practice and intellectual property.

Mr. Tietjen comes to the firm following a long career at the international firm Boies Schiller Flexner LLP, where he worked on numerous high profile matters, including the recovery of hundreds of millions of dollars for corporate plaintiffs who were victims of a price-fixing cartel; the trial defense of an insurance executive in a New York state securities fraud suit; and the defense of a global chemical company against a federal grand jury investigation.  Mr. Tietjen also represented a class of post-bankruptcy student debtors in an action against private lenders to determine the dischargeability of student debt under federal bankruptcy statutes and the state of Kentucky in an antitrust case against major oil company.

Mr. Tietjen is a member of the New York State and Albany County Bar Associations and is admitted to practice in New York’s Northern, Southern and Eastern Federal District Courts, as well as the Second Circuit Court of Appeals.